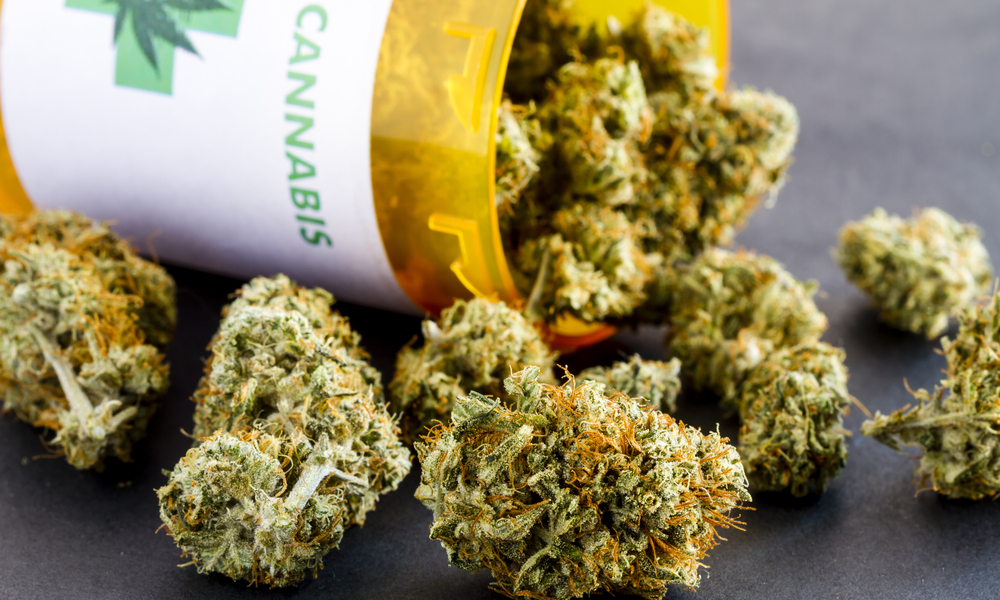 The board of Marion County Public Schools in Florida has suspended a Belleview High School teacher and student services manager over his use of medical cannabis. Mike Hickman, 50, was placed on unpaid leave after the Superintendent of Schools, Heidi Maier, recommended he be fired for testing positive for cannabinoids in early November 2019. Hickman is a registered cannabis patient under Florida’s 2016 medical cannabis law. And a physician licensed under the state’s program to recommend medical cannabis issued Hickman a recommendation for the treatment of post-traumatic stress disorder, which is an approved condition.

Now, Hickman, a U.S. Marine Corps veteran who served during Operations Desert Shield and Desert Storm in the early 1990s, is fighting for his job back—and his livelihood.

When a fight broke out between students at Marion County, Florida’s Belleview High on November 5, Mike Hickman did what any teacher would do: he tried to stop it. In the process, Hickman injured his shoulder, kicking off a chain of events that would lead to his suspension and possible dismissal from the Marion County Public School system.

The doctor reported the drug test results to the school district, since Marion County Public Schools has a zero-tolerance alcohol and drug-free workplace policy. When School Board superintendent Maier received the report, she issued the recommendation to fire Hickman.

Hickman appealed the school board’s move to fire him. And as a result, the board placed him on unpaid leave, pending the results of the case. But school officials say the appeal process could take eight to ten months to play out. In the meantime, Hickman is out of a job, has no income and cannot teach in Marion Country schools.

Under Florida law, there’s absolutely nothing illegal about Hickman’s use of medical cannabis. He’s a combat veteran, and his military service left him with a diagnosed case of PTSD. “To alleviate the effects of PTSD, Hickman was prescribed medical marijuana by a licensed physician in accordance with the laws of the State of Florida,” wrote Hickman’s attorney, Mark Herdman, in a letter to the school district.

Furthermore, the fact that Hickman tested positive for cannabinoids on a urine drug test does not indicate that he was under the influence of THC at work. Urine tests simply indicate prior cannabis use up to several weeks. Mark Avery, president of the local teacher’s union that’s standing up for Hickman, said that Hickman never used medical cannabis at school, only at home.

“Hickman’s use of legally prescribed medication had no effect on his ability to perform his job duties and responsibilities,” Herdman wrote in the letter announcing Hickman’s appeal.

Statute 381.986 of the law places no restrictions on the kind of zero-tolerance drug-free workplace policy Marion County Schools has in place. In fact, the law actually protects employers instead of patients, stating that there can be no “cause of action against an employer for wrongful discharge or discrimination.”

Marion County School District spokesperson Kevin Christian responded to Hickman’s suspension without pay by pointing to the ongoing federal prohibition against cannabis. “It puts the School District in a very jeopardizing position of losing millions of federal dollars if we allowed this, period,” Christian said.

Employers in some states, however, are beginning to change workplace drug policies in the wake of legalized medical or recreational cannabis, such as ending workplace drug testing.