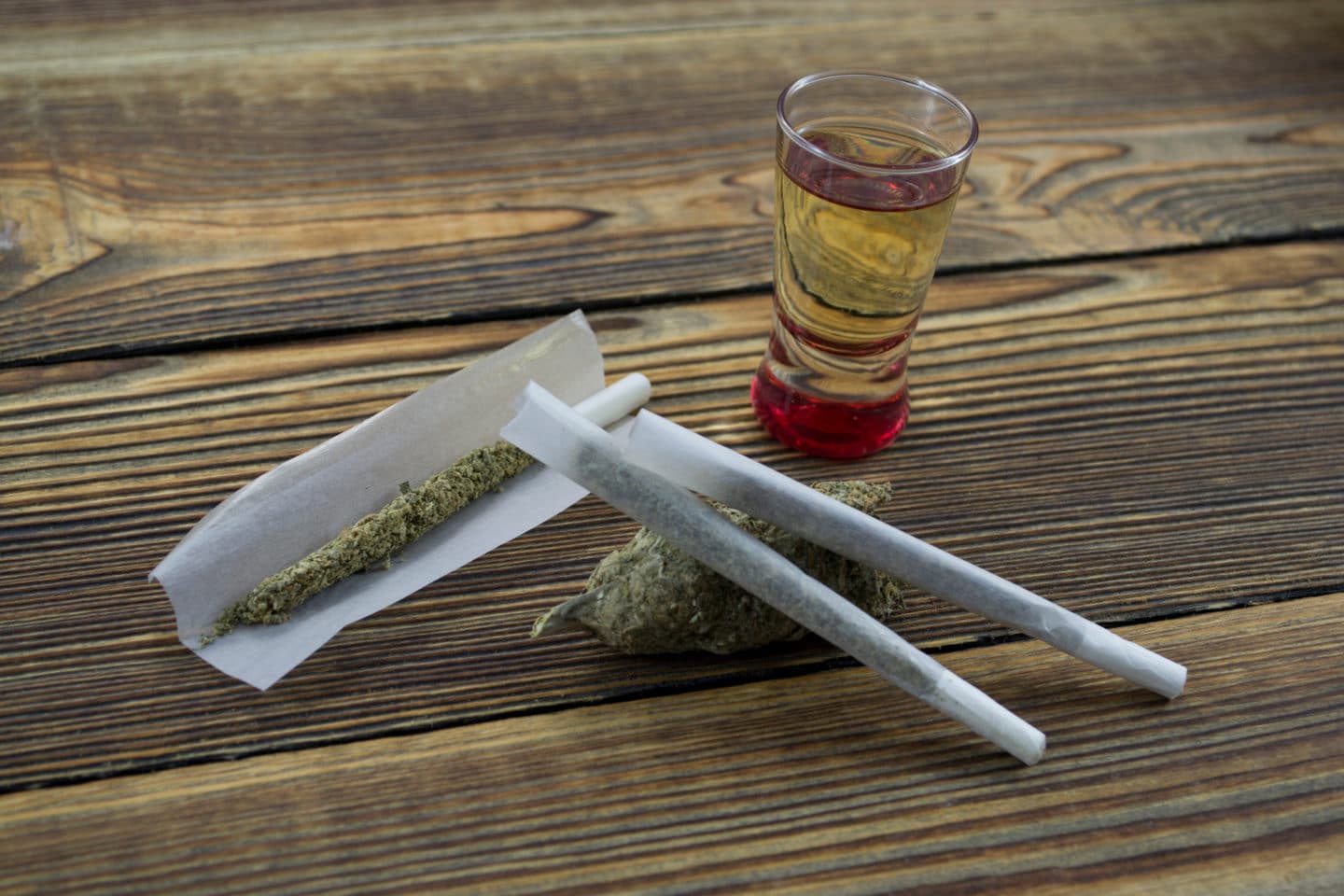 New research affiliated with the University of Colorado at Boulder and published in Psychology of Addictive Behaviors reveals that consumption of CBD-dominant cannabis may be associated with reduced alcohol intake.

In order to test this, the researchers looked at cannabis use across 120 subjects and compared use of cannabis that was primarily CBD-heavy, THC-heavy, or a mix of both. This revealed that those who used CBD-dominant cannabis “drank fewer drinks per drinking day, had fewer alcohol use days, and fewer alcohol and cannabis co-use days compared with the other groups.” Those who used THC/CBD cannabis or THC-only did not experience any reduced alcohol intake or change in their drinking patterns.

The authors also claimed that the results of reduced alcohol intake were “consistent with preclinical work suggesting that CBD may be associated with decreased alcohol consumption.” Other, past studies that looked at CBD vs. opiates, heroin, tobacco, and other controlled substances revealed similar results.

They concluded: “The present study lends preliminary support to the notion that plant-based CBD may be associated with decreased alcohol consumption among regular cannabis users and suggests that it may be feasible for regular cannabis users to switch to a higher CBD, lower THC content cannabis strain for the purposes of reducing their alcohol intake.”

The study further requested that cannabinoid content, or the makeup of cannabis, be studied when comparing alcohol and cannabis use because it clearly makes a difference whether or not cannabis is CBD- or THC-heavy.

Reduced Alcohol Intake And Cannabis Use

This isn’t the first study of its kind to look at the association between cannabis use and reduced alcohol intake. The study’s co-authors released a similar research project in January which was published in the Addiction journal showed an inverse relationship between cannabis and alcohol use. Those who were chronic alcohol users had reduced consumption on days when they used cannabis.

That study, conducted by the University of Colorado at Boulder and Colorado State University looked at 96 different subjects who used cannabis and were also enrolled in an alcohol abuse treatment program. Their use fell on days when they used cannabis, and this trend was consistent among those with heavy cannabis use and light cannabis use.

They research team claimed: “Across the sample, individuals drank approximately 29 percent fewer drinks and were 2.06 times less likely to have a binge-drinking episode on days that cannabis was used compared with days cannabis was not used. These patterns were observed in males, females and the infrequent and frequent cannabis use groups.”

About this study, NORML Deputy Director Paul Armentano added, “Several previous studies have examined whether cannabis is more likely to act as either a substitute or as a compliment for alcohol and, thus far, they have yielded mixed results. This study’s findings are an important addition to this growing body of literature and offer strong evidence that cannabis can act as an intervention for certain persons seeking to reduce their alcohol consumption.”

While more research still needs to be done on this topic, it is clear from the data so far that cannabis, especially CBD-dominant cannabis, can be helpful in patterns of reduced drinking.